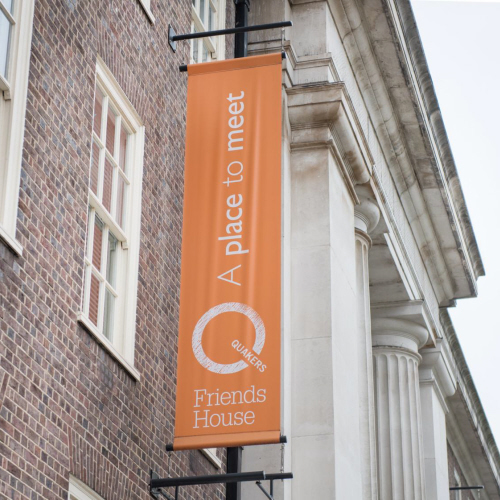 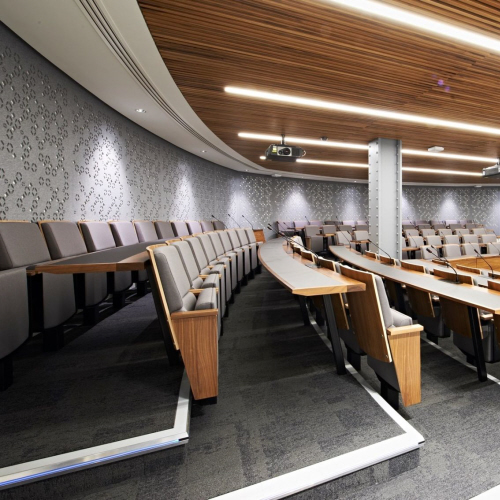 NAME
This association shall be called the Society for Medicines Research.

OBJECTS
The objects of the Society are the advancement of science relating to all aspects of medicines research, primarily by providing a common meeting ground for all who are interested or involved in such research, with the purpose of furthering the education of such persons to the ultimate benefit of the general public in the field of relief of sickness.

MEMBERSHIP
Membership of the Society shall be open to any person interested in furthering the objects. The Committee shall have the right to refuse membership, provided that the applicant shall have a right to appeal to the Society's general meeting, whose decision shall be final.

SUBSCRIPTION
Each Member shall pay an annual subscription covering the twelve months from 1 June to 31 May of such a sum as may be determined by the Society at its Annual General Meeting or at a Special Meeting.

The subscription shall be payable in advance and shall become due on 1 March in each year. If new Members join the society in order to attend the December meeting they will receive 15 months membership for the same joining fee. Any Member whose annual subscription is two years in arrears, and to whom notice of the fact has been sent, shall cease to be a Member of the Society but shall be eligible for re-election.

COMMITTEE
The business of the Society shall be conducted by a Committee which shall have sole control in all matters relating to the Society. The Committee shall consist of the Chair, a Vice-Chair (the Chair-elect or the previous year’s Chair - see below), an Honorary Treasurer, the Honorary Secretary, Fundraising Officer, SMR Development Officer and up to fifteen other elected Members. The Committee may co-opt not more than three other persons who may represent other Societies or Organisations interested in the objects of the Society to be members of the Committee. The Committee shall draw its members from all areas and backgrounds, representing the diversity of skills sets, disciplines and affiliations of the medicines research community at large. The Committee will encourage nominations that maintain a balance across scientific disciplines and between academia and industry. Where necessary, powers of co-option may be used to ensure and maintain this balance. The co-option of Members shall be confirmed annually by the Committee. Five Members shall constitute a quorum. It is expected that Committee members will make every effort to regularly attend committee meetings and actively contribute to the running of the Society.

The Chair shall preside at meetings of the Committee or in his or her absence the Vice-Chair. If neither the Chair nor the Vice-Chair are present and there is a quorum, then the quorum can elect one of their number as Chair for that meeting.

OFFICERS
The officers shall consist of a Chair, a Vice-Chair, an Honorary Treasurer an Honorary Secretary, Fundraising Officer and a SMR Development Officer. Appointment of new officers shall be proposed by the existing officers and must be agreed by at least two thirds of the committee members. Proposed officers must be ratified at the Annual General Meeting. The Chair shall normally serve for two consecutive years and then for a further year as Vice-Chair before retiring from the Committee. The Honorary Treasurer, Honorary Secretary, Fundraising and SMR Development Officer shall normally serve for two consecutive years retire, but may be eligible for reappointment.

RETIREMENT FROM THE COMMITTEE AND APPOINTMENT OF NEW MEMBERS
Members shall retire from the Committee after serving 4 years but will be eligible for
immediate re-election by the standard procedure if they wish to serve longer. The existing Committee may invite co-opted members who have served for more than six months, to become full committee members without going through the standard election procedure. They will assume Committee Member status subject to ratification at an Annual General Meeting.

GENERAL VACANCIES IN THE COMMITTEE
In the event of any casual vacancy occurring among the elected members of the Committee, the Committee may appoint a Member of the Society to fill the vacancy. The person so appointed shall retire from the Committee at the next Annual General Meeting, but shall be eligible for immediate re-election as an ordinary member of the Committee.

ANNUAL GENERAL MEETING
The Annual General Meeting shall be held between the 1st September and the 31st December, at such a time and place as the Committee shall determine. Twelve Members present shall constitute a quorum.

The Chair shall preside at the meeting, or in his absence, a Vice-Chair or other member of the Committee. At the meeting, a report on the proceedings of the Society in the preceding year shall be presented. Financial statements for the same period shall be presented in accordance with the Charities Act 2011. The Trustees have elected for an independent examination of receipts/payments account prepared under Chapter 3, Section 145.1 to 145.4 of the Charities Act 2011. At the meeting an Independent Examiner will be appointed. A Member may raise any matter or move any motion at any Annual General Meeting of which he has given the Secretary notice in writing not less than twenty-one clear days before the meeting.

SCIENTIFIC MEETINGS
An attendance fee will normally be charged for scientific meetings, but where this coincides with the AGM; there would be no charge for Members only attending the business meeting. Differential rates would normally apply for scientific meetings, so that non-Members paid significantly more and full-time students and fully retired/unemployed Members significantly less than the fee for ordinary Members.

PUBLICATIONS
The Committee may publish, at their discretion, reports of meetings, transactions, or other documents, and may make a charge for them to Members of the Society and any other persons. The Committee may determine the conditions under which material is accepted for publication.

AMENDMENT TO RULES
The Rules of the Society may be amended at a Special Meeting or an Annual General Meeting, when notice of the proposed changes has been given to each Member at least two weeks before the date of the Meeting. Such changes shall come into effect after the conclusion of the meeting. No alterations shall be made unless two-thirds of the Members present and voting are in favour, provided that no alteration shall be made which could cause the Society to cease to be a Charity at Law.

DISSOLUTION
If the Society is dissolved, the net assets of the body shall not be divided among the members, but will be presented to a body established for charitable purposes only and bearing objects similar to those of the Society.

ABOUT THE SMR
The Society for Drug Research was founded in 1966 to provide a common meeting ground for all who are interested or involved in drug research, and to further the education of such persons to the ultimate benefit of the general public in the field of the relief of sickness. In 1994, the Society was renamed the Society for Medicines Research.

MEMBERSHIP
Membership is open to any person interested in furthering the objects of the Society. The Society is managed by a committee elected by the members. The annual subscription allows attendance at SMR meetings at significantly reduced rates.

ACTIVITIES
The Society generally holds four meetings each year. These normally take the form of one-day meetings on a specific topic. Meeting proceedings are written by meeting organizers and published in a journal such as, but not limited to, ’Drugs of the Future’. Information on future meetings is available via the SMR website www. smr.org.uk and reminders are sent to members via e-mail. The Society will advertise future meetings using social media and via other societies. Information pertaining to the AGM is available by request to the secretariat.