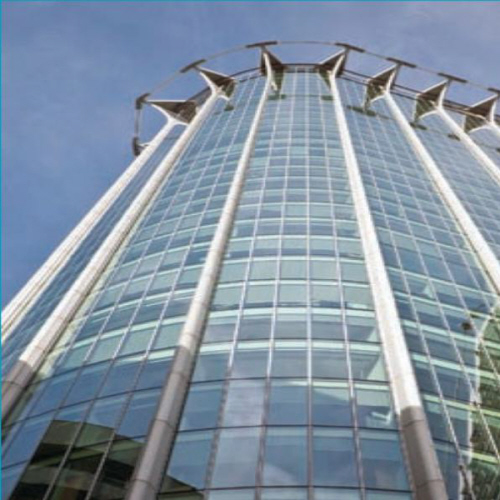 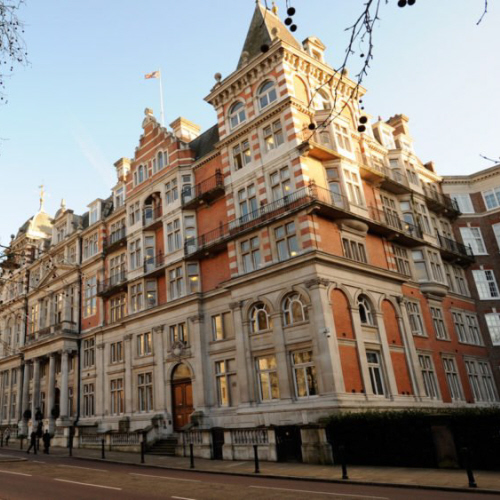 Chair:
Dr Rod Porter
Rod is an independent medicinal chemistry consultant working with a range of clients. Previously Rod was a medicinal chemistry group and matrix programme leader, (GlaxoSmithKline, G. D. Searle) for over 25 years, involved in projects from target id to candidate selection and working in numerous therapeutic areas with particularly emphasis on the CNS. Amongst others, areas of interests include understanding effective drug distribution and protein-protein interactions.

Vice-Chair:
Dr Mike Hann
Mike has over 35 years experience of Pharma drug discovery activities with Roussel, Wyeth, GD Searle and Glaxo/GlaxoWellcome/GSK, initially as a medicinal chemist, then as a computational chemist and more recently in managing teams in structural biology, biophysics and bioMS and other sciences at the interface of chemistry and biology. He has contributed to the development of concepts in computational chemistry, fragments, attrition reduction and compound disposition in cells and maintains a keen interest in new methodologies but with a firm grip on the realities of the eternal challenge that drug discovery presents.

Development Officer:
Dr Gregor Macdonald
Gregor is Senior Director of Scientific Licensing (Neuroscience), within Janssen Business Development, the Pharmaceutical Companies of J&J. In this role, he leads the global identification and evaluation of all clinical stage therapeutic opportunities in Neuroscience, particularly focussed on Alzheimer's disease, Mood disorders and Schizophrenia. Prior to this position, Gregor was Head of Neuroscience Medicinal Chemistry at Janssen, where he led discovery teams in Belgium and Spain towards the identification of clinical drug candidates in the fields of Alzheimer's disease, schizophrenia and order psychiatric and neurological disorders. In addition, Gregor was also extensively involved in identifying external drug discovery opportunities and prosecuting research collaborations with a variety of academic, biotech and pharma partners. Previously, he has worked within the Medicinal Chemistry depts. of GlaxoSmithKline and SmithKline Beecham, also in the CNS area, identifying several late clinical stage drug candidates. Gregor is also a co-author and co-inventor on over 110 scientific publications and patents and has been an invited speaker and panellist at several national and international conferences.
Fundraising Officer:
Dr Farnaz Fallah-Arani
Farnaz is currently a senior group leader in the Therapeutic area of immunology at UCB Celltech in Slough and has experience in pre-clinical research and drug discovery of biologics and small molecules. Farnaz is an Immunologist by training and has a strong interest in the biology of autoimmune disease, immunemodulation and transplantation.

Honorary Secretary:
Mrs Pamela Brown
Pam has over 30 years experience in anti-infective drug discovery, initially gained at GlaxoSmithKline and legacy companies, leading medicinal chemistry teams in hit to lead and lead optimisation phases of drug discovery. Pam led the chemistry at Cantab Anti-infectives Ltd which was recently bought by Spero Therapeutics. Pam Brown Consulting was formed in 2017, offering independent advice in antibacterial drug discovery and medicinal chemistry to SMEs and biotechs. Pam has over 35 publications in patents and peer-reviewed journals on the design and synthesis of antibacterial agents in a variety of antibacterial classes. She holds a degree in Chemistry and is a Fellow of the Royal Society of Chemistry.

Dr Mohammad Alavijeh
Mo is director of research at Pharmidex. His background is in drug metabolism and pharmacokinetics with particular interest in neuropharmacokinetics. He has experience in drug discovery and early phase development in a number of therapeutic areas. He has previously held positions with Vernalis, Aventis and Rhone-Poulenc Rorer.

Dr Darcey Black
Darcey Black s Founder/Director of TherapeutAix (www.therapeutaix.com), of recently established life-sciences consultancy, focused on providing strategic input and project management in drug discovery and early clinical development to life sciences start-ups, biotech and pharma. He has over 30 years’ experience in pre- and early clinical drug discovery working in all aspects from target ID and validation, LO and translational studies in early clinical development, in different therapeutic areas including CV, inflammation and neuroscience. Previously, he was Head External Innovation in the Innovative Medicines Unit at Grünenthal Innovation IMU, Aachen, Germany. He joined Grünenthal as Head of Translational Research in 2011. Prior to joining Grünenthal, he worked for Merck (formerly Organon/Schering-Plough) in the UK in senior project and line management roles, and for Pfizer and Glaxo (now GSK) in the UK and Switzerland.
Dr Katherine Brown
Kate is a lecturer in the Department of Biological Sciences at Imperial College London. Her laboratory is part of the Centre for Molecular Microbiology and Infection located on the South Kensington campus. Her research principally involves structure-function studies of proteins from microbial pathogens with applications in vaccine and antimicrobial development.

Dr Sam Butterworth
Sam is a Senior Lecturer in Medicinal Chemistry at the University of Manchester, where his group work on applying synthetic and biological chemistry to address questions of relevance to human health. Prior to this he worked at the University of Birmingham from 2013 and at AstraZeneca from 2005-2013. His work at AstraZeneca led to the development of a targeted anti-cancer agent AZD9291, that was approved by the FDA in November 2015 and is now used internationally under the name osimertinib/Tagrisso. As of 2018 this drug has been used to treat >30,000 patients worldwide, and along with his colleagues Sam has been recognised for this work through the 2017 RSC Malcolm Campbell Award and the 2018 ACS Heroes of Chemistry award.
Dr Phil Jeffrey
Phil is Senior Vice President of Preclinical Development at Bicycle Therapeutics and has over 35 years’ experience in the pharmaceutical industry. Hehas a successful track record in drug discovery from early lead optimisation through to clinical proof of mechanism and proof of concept across a wide varietyof therapeutic areas and drug modalities. Phil previously held positions at Pfizer, GlaxoSmithKline, SmithKline Beecham and The Upjohn Company and is an Honorary Professor at the William Harvey Research Institute, Queen Mary University of London.

Dr Matthew Konneh
Matthew is founder and Lead Consultant of Konnsult Lifesciences Ltd, a UK based consultancy providing strategic and business development services to preclinical pharmacology and early clinical development CROs, and enables accelerated access to niche service providers for the global pharma-biotech industry. Matthew is based in London and has worked in in pre-clinical pharmacology (Novartis), clinical research ( Parexel, Biotrial) and strategic consultancy (Accenture) in the pharma industry for the past 20 years. He holds a PhD in Pharmacology and an MBA.

Prof John Overington
John is currently CIO at the Medicines Discovery Catapult. He has over 30 years experience of drug discovery informatics, across academic, biotech and large pharma sectors. He has deep experience of the application of informatics methods to problems in drug discovery, ranging from target selection through to real world evidence analytics of drug patient benefits. His current professional interests focus on big data, machine learning and artificial intelligence.

Dr James Ritchie
James is the Regional Translation Lead for South Wales and South of England within Cancer Research UK (CRUK) Commercial Partnerships. He leads a team responsible for identifying opportunities arising from CRUK funded research that can be translated and commercialised toward patient benefit. James has been working in the field of oncology drug discovery and development since 2001, having worked previously at TopoTarget A/S (formerly Prolifix Ltd) for 8 years. His interests are in the discovery, translation and clinical development of new anti-cancer agents covering everything from small molecules to immune therapies.

Dr Mihiro Sunose
Mihiro joined Sygnature in March 2013 from Cellzome, Cambridge where she worked for 9 years in the medicinal chemistry department as a Group Leader. Mihiro started her career as a bench chemist at Daiichi-Sankyo, Japan and ChemOvation, Horsham. She is an experienced medicinal chemist running projects from hit-to-lead through to late lead optimization stages in various therapeutic areas. She has extensive experience of inhaled and oral drug discovery programmes, which have involved various enzymes, nuclear hormone receptors and pathogenic targets. Mihiro has a track record of progressing multiple compounds into clinical development. Mihiro has a BSc (Hons) in chemistry and a PhD in organic chemistry with Prof. Tim Gallagher from University of Bristol.

Dr Andy Sykes
Andy is currently a Senior Clinical Pharmacologist for AstraZeneca with over 20 years' experience in DMPK drug discovery and development in CNS, oncology and inflammation having held previous positions at Takeda and UCB.